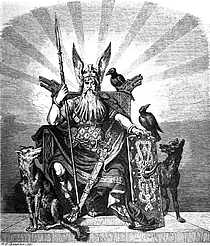 Children: None. Zero. My books are my babies and I never have to change their diapers (just a fresh Brodart every so often).

Username: From an Arnold Lobel "poem" called "Books to the Ceiling." I wanted to use "outsideofadog" from the famous Groucho Marx saying, but some 7 book FA'er (Free Accounter) nabbed it 20 days before I thought of it. Can I get a "20 days!" repetition in an imitation Chris Rock falsetto to express my disgust? Thank you.

Books: Mostly science fiction/fantasy, but I've added quite a few mysteries and a smattering of espionage and historical fiction over the last decade+. I also have a fair number of western titles, although I don't have nearly the number I used to. My favorite type of story would probably be the "mystery in a science fiction setting" a la Jack McDevitt, Larry Niven (Gil the arm), Peter F. Hamilton or Richard Morgan, just to name a few.

Favorite Authors: Fairly lengthy list comprised of authors read "recently" and authors I haven't read in many years. Some of the older authors may not make the cut if I were to re-read their books today, but I have fond memories of their writings, so on the list they go. Also, even though an author's body of work may be generally mediocre, if they've got at least one book I truly enjoyed, then that's enough to qualify for the list.

Over mijn boekenHmm...Library. Possibly a bit ambitious because in my mind it connotes not just books (I have enough of those...wait, what am I saying?), but also a certain setting. You know, the built-in shelves, wheeled ladders on rails, fireplace, over-stuffed chair and ottoman, dog, etc. Not particularly original, I know, but it's my idea of how a library should look and what I want for myself, someday (except for the dog; frankly, I'd rather have a cat).

As far as what my library contains, well, it's comprised of about 2/3 mass market fiction and 1/3 trade paper and hardcover fiction, with the occasional business/investment tome thrown in so I can learn just how much money I would have had if not for an irrational need to own books. I've been buying more and more hardcover books the last few years as I've become a more serious "hyper-modern" book collector.

Also, under the "follow the flag" theory of book collecting, the tags for my books reflect--to the best of my knowledge--an author's country of citizenship/birth, rather than the setting of any particular story or series, or the country where the book was published. If there's no country specified, then the author should be American (assuming I didn't screw up or just forget to check, which are strong possibilities). If you spot an error in my tags (or anywhere else, for that matter), feel free to drop me a note, if you have a moment to spare.

Collections is now upon us and it is not exactly what I was hoping it would be. You see, I used to be quite adamant that LT should be about books, and nothing but books. And those books should be owned by an individual or family on LT, rather than an entity, and above all else, those books should be real! But, over the last 3 years (wherein I actually set foot inside a county library and realized modern libraries now contain music, movies, magazines, newspapers and probably more) my conception of what an LT library may contain has expanded to envelop pretty much all printed matter, as well as music, movies and their related ephemera. So, in the spirit of Collections and more expansive libraries, I will be adding CD's and DVD's to LT and I've already begun adding my comic collection. However, there will be no wish lists from me as there does not yet seem to be a way to keep imaginary items from counting toward one's overall library size on the Zeitgeist list, which remains my largest area of dissatisfaction with Collections.

Well, individual entry of comics on LT is quite the time consuming task, so I'm slowly adding titles to comicbookdb.com with the intention of importing them here at a later date. However, while comicbookdb is much faster, it's still a dauntingly slow task to enter everything and I've decided to put that on the back burner until I've tagged the whereabouts of all my mass market paperbacks in their respective boxes (23 of around 50 boxes done). DVD's and CD's will come after everything readable has been entered (I fully expect them to be obsolete technology by the time I get to them, heh).


LibraryThing has moved to an all-private message system and removed the public wall on profile pages. All posts can be accessed in Messages.