Echte naam
Ilana
Over mijn bibliotheek
With limited storage space in my home and a propensity for purchasing books faster than I can shelve them, I try to hold on to a relatively small collection, and give away paperbacks I have no intention of reading again. Nonetheless, the book piles have grown relentlessly these past few years, especially since joining the 75ers group here on LT. Most of my library therefore in one giant tbr pile, with art books and Folio Society volumes as part of my permanent collection. My library here on LT is a different story, as I try to keep track of my growing collection AND everything I've read over the years, so I keep adding books whenever they're retrieved from memory. I discovered audiobooks a couple of years ago and was delighted to find I could read while busying myself with other things like commuting and doing chores, so that collection also keeps growing exponentially, mostly thanks to the local library and Audible.com. I challenged myself to review everything I read for a number of years, but as of 2013, this practice has fallen by the wayside, though I hope to pick it up again. My ratings are based on my impression at the time of reading, which might be very different from one reading to the next.

Over mij
Once upon a time, over a decade ago now, I was a harried executive art director working in publishing. It was a good life, filled with excitement, adventures and plenty of travel, but it left no time for much reading or any hobbies of any kind. Then, though I'm still a relatively young woman, health problems intervened, and I'm now on permanent leave from work, which leaves me time (though there's never enough of it somehow) to occupy myself with all my favourite activities; reading, working on my art projects (a photorealistic drawing series at present), and generally acting like a woman of leisure. I have three pets, Charley, a 'Biwawa' (i.e. Bichon and Chihuahua mix), who looks like a caricature and takes me outside every day for much-needed walks, and my cats Mimi and Ezra. I hope to spend more time interacting with my friends in the 75ers group this year, if I can let go of Facebook and a recent obsession with the news...

Favourites of 2018 so far: (4.5 stars and up)
The Glorious Heresies by Lisa McInerney
Rumpole: The Penge Bungalow Murders and other stories: Three BBC Radio 4 dramatisations
The Great Railway Bazaar by Paul Theroux ★★★★★
The Power by Naomi Alderman
Being There by Jerzy Kosinski (reread) ★★★★★
Sweet Caress: The Many Lives of Amory Clay by William Boyd
Essays in Love by Alain De Botton
The Scent of Secrets by Jane Thynne
Sapiens: A Brief History of Humankind by Yuval Noah Harari
Circe by Madeline Miller
Sir Gawain and the Green Knight by Simon Armitage ★★★★★
Eleanor Oliphant Is Completely Fine by Gail Honeyman
84, Charing Cross Road by Helene Hanff (reread) ★★★★★
Tales of Terror by Edgar Allan Poe
Fairy Tales of Oscar Wilde: In Aid of the Royal Theatrical Fund ★★★★★
There Are More Beautiful Things Than Beyonce by Morgan Parker
Happiness by Aminatta Forna
The True and Splendid History of the Harristown Sisters by Michelle Lovric
Girls & Boys by Dennis Kelly
The Book of Human Skin by Michelle Lovric
Hag-Seed by Margaret Atwood ★★★★★
Sleep No More: Six Murderous Tales by P.D. James
The Other Side of History: Daily Life in the Ancient World by Robert Garland
Dunbar (Hogarth Shakespeare) by Edward St. Aubyn
Harry Clarke: With Bonus Performance: Lillian by David Cale ★★★★★
Practicing Mindfulness: An Introduction to Meditation by Mark W. Muesse
The Best of Roald Dahl by Roald Dahl ★★★★★
Proof by David Auburn
When Things Fall Apart: Heart Advice for Difficult Times by Pema Chödrön

Favourites of 2017:
Quite Enough of Calvin Trillin by Calvin Trillin
Boule de suif by Guy de Maupassant (Short story, en français)
Clockwork by Philip Pullman (reread)
Le Bouquiniste Mendel / Buchmendel by Stephan Zweig (En français) ★★★★★
The Farseer: Assassin's Apprentice by Robin Hobb
Royal Assassin: The Farseer Trilogy, Book 2 by Robin Hobb
Tout Maigret, Tome 10 by Georges Simenon (The Maigret short stories)
Living Well Is the Best Revenge by Calvin Tomkins
Judas by Amos Oz
How to Build a Girl by Caitlin Moran ★★★★★
Ready Player One by Ernest Cline
How to Be a Woman by Caitlin Moran
The Creative Spark: How Imagination Made Humans Exceptional by Agustin Fuentes ★★★★½
The Fishermen by Chigozie Obioma
The Subtle Art of Not Giving a F*ck: A Counterintuitive Approach to Living a Good Life by Mark Manson
Angela's Ashes: A Memoir by Frank McCourt ★★★★★
The Medieval World by Dorsey Armstrong
The Glorious Heresies by Lisa McInerney
Underground Airlines by Ben Winters ★★★★★
The Art of Asking: How I Learned to Stop Worrying and Let People Help by Amanda Palmer
Another Brooklyn by Jacqueline Woodson
The Bippolo Seed and Other Lost Stories by Dr. Seuss

American Authors
Mr. Vertigo by Paul Auster (2nd reread)
The Nix: A Novel by Nathan Hill
A Prayer for Owen Meany by John Irving
Anna and the Swallow Man by Gavriel Savit
Salt to the Sea by Ruta Sepetys
A Thousand Acres by Jane Smiley
Work Like Any Other by Virginia Reeves

Favourites of 2013:
(see http://fromsmilerwithlove.com/2013/12/31/most-memorable-reads-of-2013/ for comments)
Gillespie and I by Jane Harris
Three Singles to Adventure by Gerald Durrell
A Storm of Swords by George R. R. Martin
The Power of One by Bryce Courtenay
84, Charing Cross Road by Helene Hanff
The Handmaid's Tale by Margaret Atwood (3rd reread)
Elizabeth and Her German Garden by Elizabeth von Arnim
Tales of the City by Armistead Maupin
Good Behaviour by Molly Keane
Travels with Herodotus by Ryszard Kapuściński
Middlemarch by George Eliot
The Rubáiyát of Omar Khayyám by Edward FitzGerald
Eugene Onegin: A Novel in Verse by Alexander Pushkin
Le fantôme de l'Opéra by Gaston Leroux
Black Mischief by Evelyn Waugh
The Tempest by William Shakespeare
Jumping the Queue by Mary Wesley
Jane Eyre by Charlotte Brontë (reread for Coursera)
The Potato Factory by Bryce Courtenay
Three Men in a Boat by Jerome K. Jerome (reread)
Hamlet by William Shakespeare
The Testament of Mary by Colm Tóibin
Les Liaisons Dangereuses by Pierre Choderlos de Laclos
Confusion: The Private Papers of Privy Councillor R. von D. by Stefan Zweig
Lonesome Dove by Larry McMurtry
Harvest by Jim Crace
Othello by William Shakespeare
Music & Silence by Rose Tremain
Le Comte de Monte-Cristo by Alexandre Dumas père
Lord of the Flies William Golding
Fathers and Sons by Ivan Turgeniev
An Officer and a Spy by Robert Harris
Dragonwick by Anya Seton
The Old Man and the Sea by Ernest Hemingway (reread)
An Elephant in the Garden by Michael Morpurgo
The Old Maid by Edith Wharton
The Man of Property by John Galsworthy
A Thousand Splendid Suns by Khaled Hosseini
Snow Falling on Cedars by David Guterson
Morality Play by Barry Unsworth
False Dawn by Edith Wharton

Favourites of 2012
On Canaan's Side by Sebastian Barry (review)
Brazzaville Beach by William Boyd (review)
L'Assommoir by Émile Zola (review)
Études de Femmes by Honoré de Balzac (review)
Sea of Poppies by Amitav Ghosh (review)
The Woman in White by Wilkie Collins (review)
A Rage in Harlem by Chester Himes (review)
Troubles by J. G. Farrell (review)
Letter from an Unknown Woman by Stefan Zweig (review)
Fear by Stefan Zweig (review)
Twenty-Four Hours in the Life of a Woman Stefan Zweig (review)
My Letter to the World and Other Poems by Emily Dickinson, Illustrated by Isabelle Arsenault (review)
Stettin Station by David Downing (review)
A Severed Head by Iris Murdoch (review)
River of Smoke by Amitav Ghosh (review)
Any Human Heart by William Boyd (review)
Being There by Jerzy Kosinski (review)
Angel by Elizabeth Taylor (review)
Eugénie Grandet by Honoré de Balzac (review)
Man with a Blue Scarf: On Sitting for a Portrait by Lucian Freud by Martin Gayford (review)
Part of the Furniture by Mary Wesley (review)
All Passion Spent by Vita Sackville-West (review)
Hotel du Lac by Anita Brookner (reread - review)
Bring Up the Bodies by Hilary Mantel (review)
Dandelion Wine by Ray Bradbury (review)
The Headmaster's Wager by Vincent Lam(review)

Smiler69 voegde toe:
Why Be Happy When You Could Be Normal? door Jeanette Winterson 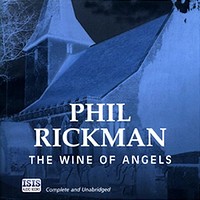 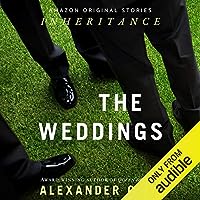 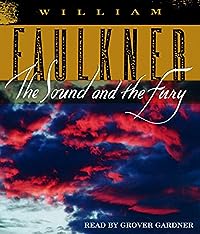 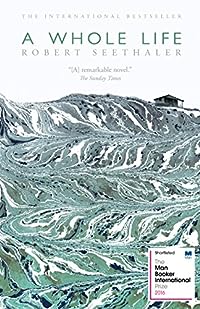 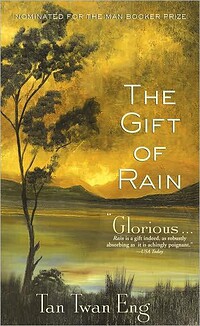 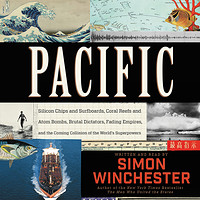 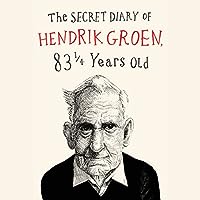 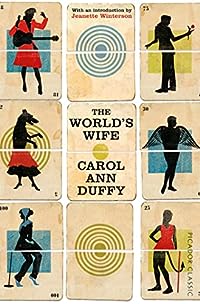 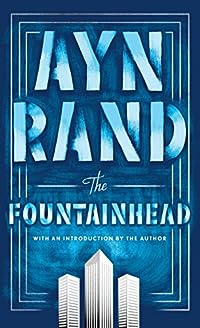 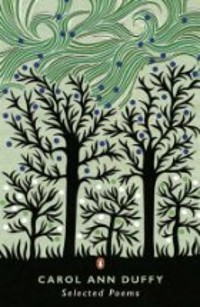 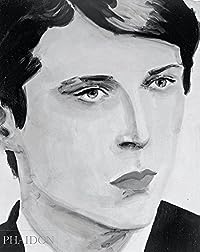 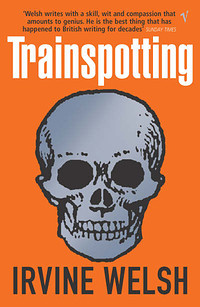 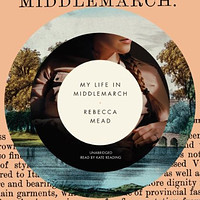 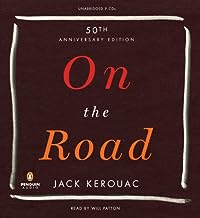